Dr. Zaman Stanizai – Reflections on Emerald Hills of the Heart 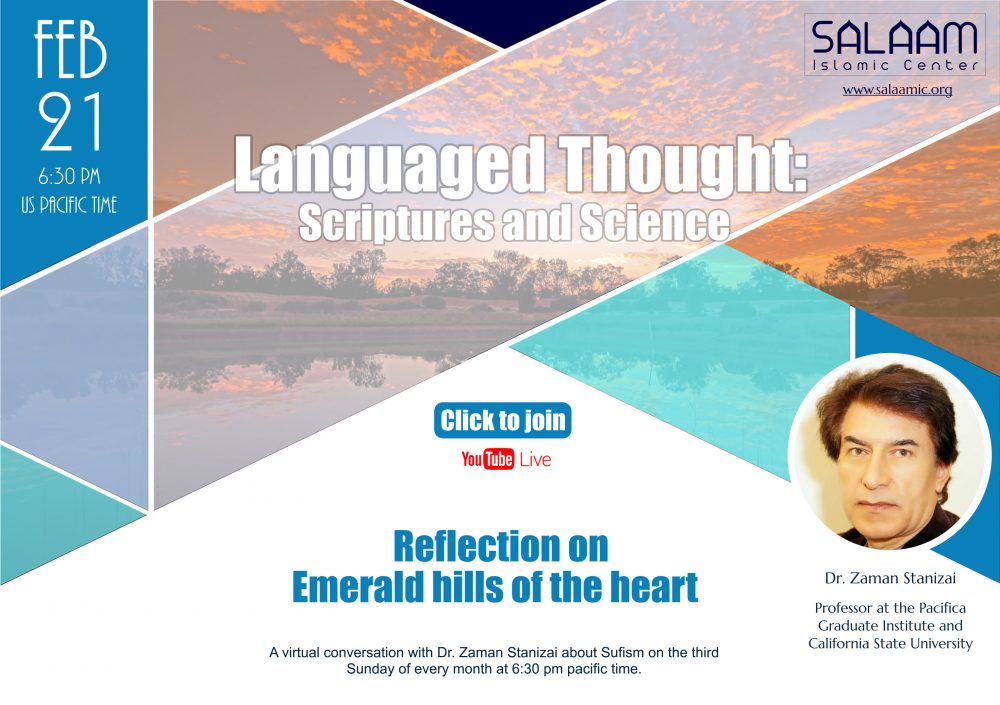 In wisdom and folly, it’s been said: “Don’t look back, you’re not going that way.” The folly in that is, looking back and remaining stuck there. The wisdom is to look back and see where you come from so you can have a sense of direction where you are going. The Muslim world is fast becoming irrelevant to modernity because it’s stuck in its glorious past, unable to adapt to present realities in a meaningful way.

Reflections on Emerald Hills of the Heart explore and pursue happiness through old wisdom by demystifying love and lore in Sufism. A virtual conversation with Dr. Zaman Stanizai about Sufism on every third Sunday of each month at 6:30 pm pacific time.

Dr. Zaman Stanizai is a Professor of Mythological Studies at the Pacifica Graduate Institute and a Professor of Political Science at California State University, Dominguez Hills. He is a Fulbright scholar and has earned a Ph.D. and two masters of art degrees in political science and linguistics at USC and the University of Washington. Dr. Stanizai has engaged in extensive postdoctoral studies in Sufism and mysticism, concentrating on the thought of Ibn Arabi and Rumi. His literary work is published in Persian, Pashto, and English. His recent articles are posted on Cambridge University Open Engage, History News Network, the Middle East Institute, the HuffingtonPost.com., and the Fountain Magazine, among others He has lectured widely on Islamic contributions to world civilization.