The Community of The Prophet (SWS) – How we can emulate it. 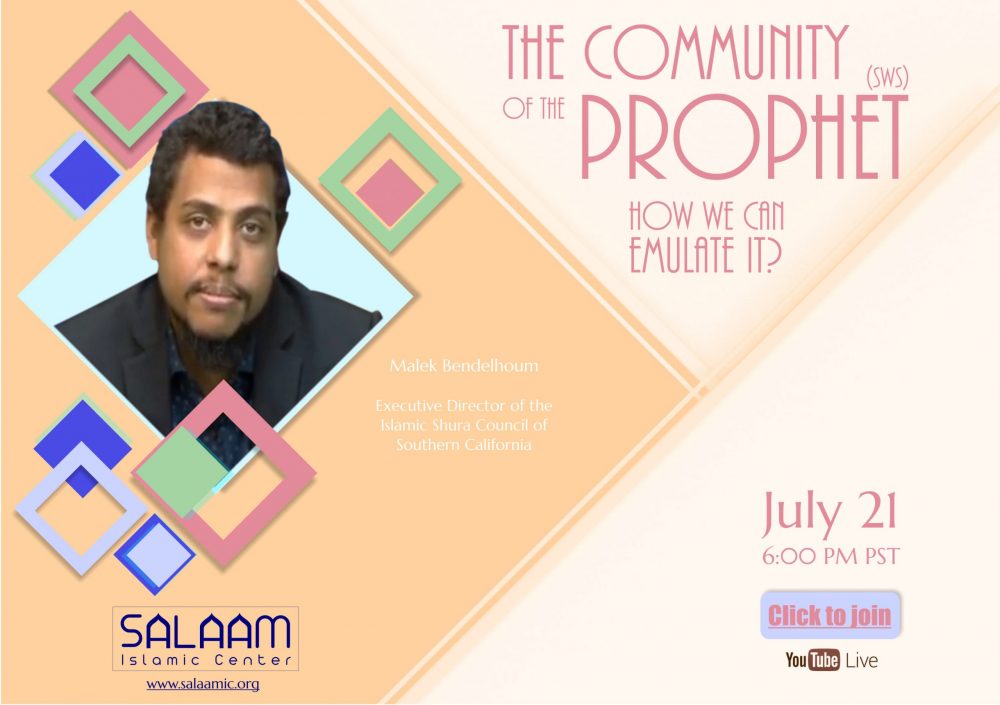 “Malek Bendelhoum was born and raised in Southern California in a multicultural home with his father from Algeria and mother an African American from Alabama. Malek holds degrees in Political Science and Forensic Psychology from the University of California Riverside. He has also traveled overseas to Mecca Saudi Arabia for Islamic Studies and a committed student to the Islamic Sciences.
Malek has served the community in many capacities as the Youth Director of the Islamic Center of Riverside, the program manager for the Mas Youth Center, a board member for IslahLA, an Interfaith board member for Chapman University, and the Director of Islamic Center of Inland Empire.
Malek regularly lectures and gives Khutbahs weekly throughout California and the country.

In college, Malek Co-founded Sahaba Initiative, an organization that provides social and mental health services to underserved communities. In 2018 Sahaba Initiative was voted Nonprofit of the year in the state of California Malek has received many awards and distinctions such as being recognized by the United Way, Red Cross, and Feeding America for service to the community. Malek was also named among the 30 most influential people under 30 by the California state assembly, Malek is the youngest Executive Director of a Shura council in the nation gaining the position at 26 years old. The Islamic Shura Council of Southern California is the umbrella of Masajid and Muslim Organizations in Southern California with over 70 members representing over 500,000 Muslims.”